WHAT IS “CONSCIOUS” BREATHING?

Conscious breathing, or “Breathwork” is a method of intentionally connecting each breath, without pause, that helps you open to your Self  – to maximize your “breath potential” – to lengthen your reach for your optimal physical and emotional connection, resulting in overall rise in wellness.

Breathwork is the most amazing tool – right under your nose! – to bring your Life Force Energy to peak potential on a cellular level.  From stress to poor posture, we are limiting our inhalations – and holding our breath almost all the time – without realizing it!

Connecting our breaths connects our physical existence to our spiritual existence – a multitude of emotions can find expression – and continuous breath “work” within a session can bring alchemy and a sense of coherence to all of it!  What a great way to feel awesome, and work with yourself consciously on a subconscious level of awareness.

Breathwork is commonly done lying down for maximum safety, and to mimic a “cocooning” feel which deepens our sense of being alone, yet a safe container also helps you feel “a part of” – this creates a safe space that allows the body and mind to reach a state where it is easy to release emotional, as well as physical, toxins.

Please bring what you need to feel comfortable ~ this can be your yoga mat, a thicker mat for comfort laying down, a pillow, blanket, water bottle ~ anything you need to create a safe place to let go within.

Woven into our Breathwork are the principles of Transpersonal Therapy – unlike most forms of psychotherapy that concentrate on improving mental health, transpersonal therapy takes a more holistic approach, addressing mental, physical, social, emotional, creative, and intellectual needs, with an emphasis on the role of a healthy spirit in healing.

To facilitate healing and growth, transpersonal therapy places great emphasis on honesty, open-mindedness, and self-awareness on the part of the therapist as well as the client.  Psychology Today

Below is a general outline for a Consciously Connected Breathwork Session.

We offer group Breathwork on Zoom, with our 12-Chakra Meditation, Anahata,

in 7-Day Deep Dives, or the singular Anahata event ~ the Cacao Journey.

You are welcome to arrive 30 minutes prior to our start time.  This is an excellent time to become present and set an intention.

We will explain the process and set the container to Breathe.

After the Introduction we open the Circle to Share the Present State and Set Intention and Enter the Universe of Breathwork. 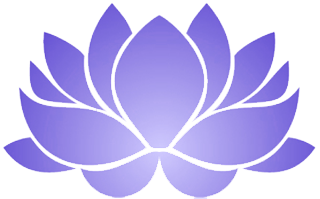 We have scheduled the Anahata 7-Day Deep Dive for the Equinoxes and Solstices beginning at 11:11am on a Sunday, then at 6pm PDT each weekday evening, finishing on Saturday starting at 11:11am again.

The Deep Dive is an intense Breathwork practice focusing on the 12-Chakra system using an ancient Indian style of Breathwork.

The soundscape of Anahata includes Solfeggio and Fibionacci sound technology, amongst many features of this curated meditation.

Repeating this process days in a row is a massive DIVE into your Self ~ with the Breath as your Guide.

Many are amazed at the power of this practice and report everything from  feeling deep peace of mind to relief from physical discomforts.

A stand-alone Anahata Single Journey is scheduled periodically between these four major events.

Many Blessings to you!

Paul’s first whiff of Breathwork came over 40 years ago during his exploration of yoga through a book his father gave him called “Yoga for Americans.”

Then again, over 20 years ago, at Clearmind International, he was introduced to “conscious connected breathing” as part of his training as a Transpersonal Therapist.

This breathing tool became popular about 50 years ago through the work of Stanislov Grof, one of the founders of the field of Transpersonal Psychology, who brought conscious connected breathing to the Western world from India after his work using LSD became illegal in the late 1960’s.  Grof called his method of Breathwork “Holotropic” and other names were found by pioneers such as Leonard Orr like “Rebirthing Breathwork”.

Whatever name is given to this simple yet profound practice, it remains one of the most transformative methods you can use to shift your state, reveal previously hidden thoughts and feelings, as well as make real and lasting transformation of the obvious.

Kathie came into Breathwork when she met Paul in 2006 and has taken this journey with him through “traditional” Breathwork as well as through Quantum Touch and Oneness, two of their primary healing modalities that use Breathwork with the  Chakras for energy clearing and cleansing and for manifestation.

We are delighted to be on this journey of Breathing Consciously together for the good of all human kindness.

BE THE FIRST TO KNOW

Once or twice a month we package the best of what’s to come and send it with ♥ to your inbox.  You’ll never miss a journey!

These nights have been a saving grace for me in the past few years.  They not only help uncover the true roots of the challenges I’m facing in work and life but also help me release what I need to more forward in a healthy way.   Every time I come I have a new experience that unfolds parts of my self I rarely (or never) see.  The experience is hard to put into words…you just have to try!.
Adam Johnson

I flew all the way to India for an experience like this! Who would’ve thought I’d find it here!?
Chose to remain anonymous

Where is the journey located?

This Breathwork is held at Bridge & Enrich – 718 East 20th at Fraser Street – with plenty of free underground parking.

should I eat before the journey?

We suggest you eat a light breakfast.  It is not necessary that you have an empty stomach before Breathwork but we find that it creates more comfort in the belly to have it mainly empty.

Does the Breathwork make me hyperventilate?

No, the effect of the cacao is so subtle that it is only felt when we attune our awareness.  We find it is the perfect catalyst for the meditation that follows; which certainly is capable of creating transcendent experiences 😉

What if do not enjoy the breathwork session?

We would still love to experience the meditation with you! Honestly, the meditation is enough to knock your socks off with or without the cacao.
Back To REgistration
© 2018 Copyright + Quantum Life Technology inc.